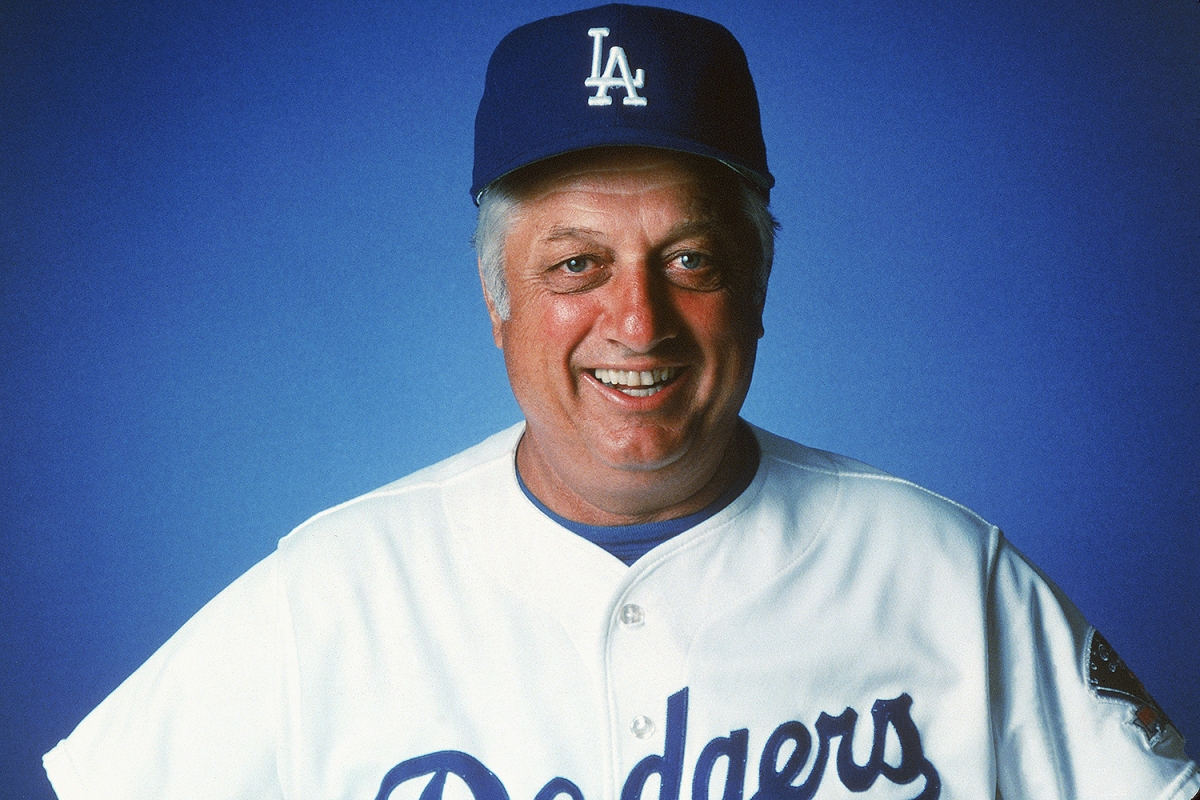 When I was 10 years old I started to follow the Dodgers for the first time in my life. It was 1977 and Tommy was the manager and they had one of their greatest teams with a great core.

That is still MY team. When I think of the Dodgers that is what comes back to me…not Piazza, Kirk Gibson, or even Kershaw…but that seventies and early eighties team with Lasorda as manager. His name went with the Dodgers… he was with them since the 50s…and so was Vin Scully. Those two will forever be Dodgers. I would love to catch a Dodger-Giants game on tv in Candlestick park and watch the Giant fans boo Lasorda as he changed pitchers…he loved the attention.

In September of 1976 the quiet and understated Walter Alston stepped down and the loud and boisterous Lasorda became the manager. Lasorda was a brawler…he loved to fight but O’Malley told him he would have to calm down especially when he was manager. Tommy never really calmed down a lot…but the fist fights did. He managed them from 1976-1996.

I disagreed with many of his managing decisions but he did win 2 World Championships…My favorite being 1981 by beating those Reggie Jackson Yankees. They had lost to them in 1977 and 1978…and of course the other championship in 1988 with the Kirk Gibson homerun.

My favorite Lasorda moment? After Dave Kingman hit three homeruns against the Dodgers…a reporter asked him his opinion of Kingman’s performance.