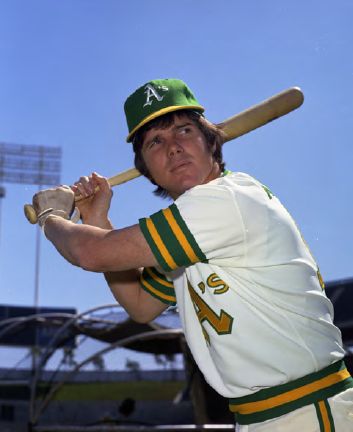 In 1973, the Oakland A’s owner Charles Finley…decided to essentially fire a player during the World Series.

During game two, Oakland’s second baseman Mike Andrews made two errors in an inning. With the Mets leading 7-6 in the twelfth inning…a ball went through Andrew’s legs allowing two runs to score. The next batter hit a ground ball to him and his throw pulled first baseman Gene Tenace off the bag allowing another run to score.

Charlie Finley was not a happy owner after the game. Andrews had a previous shoulder problem but it was not bothering him. Oakland knew this when he was signed in July of 1973. Finley forced Andrews to sign a medical statement stating that medically he could not play the rest of the series which was not true. Mike Andrews told Finley he made the errors and it wasn’t because of any injury. Charlie bullied Mike into signing the statement and then he headed home.

Finley wanted to use Andrew’s previous shoulder injury as an excuse. Manager Dick Williams and the rest of the team were furious over this. They boarded the plane going back to New York for game three and the entire team united in their dislike of O’Finley who they didn’t like at the best of times.

For game three most of the A’s wore “17” (Andrew’s Number) with medical tape on their jerseys until the Commissioner Bowie Kuhn ruled that Andrews be placed back on the team.

By this time it was national news and Andrews rejoined the team in New York. During game four Dick Williams sent Andrews up to bat, against Finley’s orders, and Andrews got a standing ovation from Mets fans at Shea Stadium who were well informed of what was going on. He grounded out to second base and he didn’t play in another game in the series but he was with the team.

Dick Williams told the team after game three that this would be his last year managing Oakland win or lose. He couldn’t take Charlie Finley another year.

Oakland ended up winning the World Series that year 4 games to 3 in Oakland. Mike Andrews never played in the majors again. In 1975 he tried to play in Japan before retiring. He later became the chairman of the Jimmy Fund in Boston.

At 16:36 you can see the errors. The replay of the last error shows that it was probably a missed call because of Tenace’s foot appears to stay on the bag.