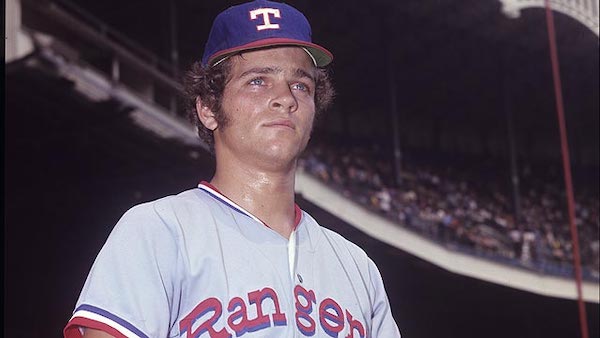 David was called “The Next Sandy Koufax” as he was drafted straight out of high school with the number 1 pick in 1973. I’m not so sure he would have been another Sandy Koufax but because of greed he never found out. David was a can’t-miss prospect who was 18-0 with a 0.18 ERA as a Westchester senior who went just 18-33 as a major leaguer.

Twenty days after pitching his last high school game, Clyde won his first-ever Major League start before over 35,000 fans in Arlington Stadium, the first sellout in stadium history. David pitched well in his second game until a blister forced him out in the 6th inning. Now he was scheduled to go to the minors to learn and develop. Short, though, had other ideas after 33,010 fans flocked to Arlington Stadium for Clyde’s second start, a six-inning, no-decision performance against the White Sox.

Whitey Herzog the manager pleaded with Short to send Clyde to the minors. Like many young pitchers, Herzog says, Clyde started throwing his curveball too hard and lost control of it. Then hitters began sitting on his fastball. Herzog says Clyde could have regained his control and confidence in the minors.

At the end of 1973 Billy Martin was let go by the Detroit Tigers and Rangers owner Bob Short told his manager, Whitey Herzog, that he would fire his own grandmother to have a chance to hire Martin…well he fired Herzog and got Martin. Herzog’s reply was “I’m fired, I’m the grandmother.”

Martin argued to send David Clyde to the minors for seasoning the next year but he still started 21 games. He was sent and later on developed arm troubles and was traded to Cleveland in 1978

He threw his last major league pitch on Aug. 7, 1979, as a 24-year-old Cleveland Indian, 37 days shy of qualifying for MLB’s pension plan. He has tried to act as a coach to get the 37 days but no luck so far.

Many people claim that David Clyde saved the Rangers Franchise from moving elsewhere.